Christmas was bigger and better than I expected at school. A couple of weeks ago I was asked if I would dress up for the Christmas party. “Of course” I replied. “An angel maybe?”…. No no… Santa Claus… with the beard!

So between 8.30 and midday I had to put on my best Father Christmas voice and parade the corridors, posing for photos, pretending to be Saint Nick. First on Santa’s agenda was a surprise appearance in assembly and an English Q&A with the students. A mischievous K2 grabbed hold of the microphone and asked “Where are all the presents?” After the usual Cilla Black treatment there was a lot of pressure on the final child to make the last question a good one. After some prompting she nervously whispered…. “Do you like bananas?!” I told her it’s so cold in the North Pole we can only get banana ice cream. 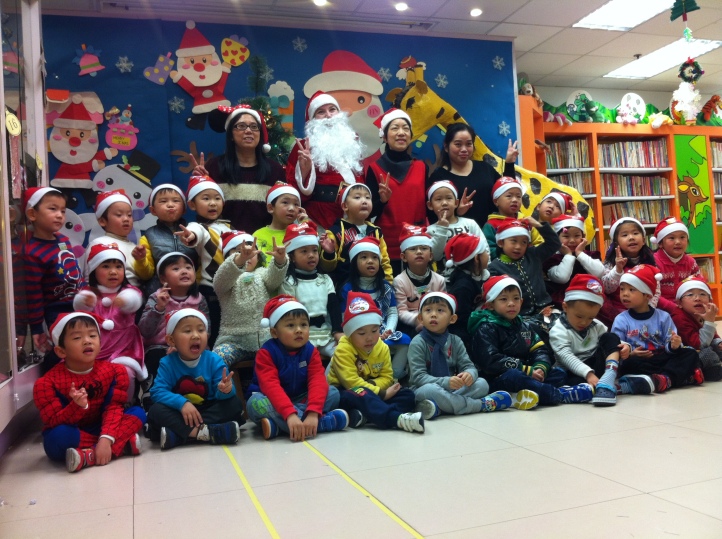 As a yuletide bonus, here’s a photo my mum sent me shortly after I showed her my party snaps. Before and after 25 Christmases…. 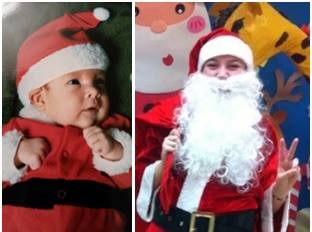